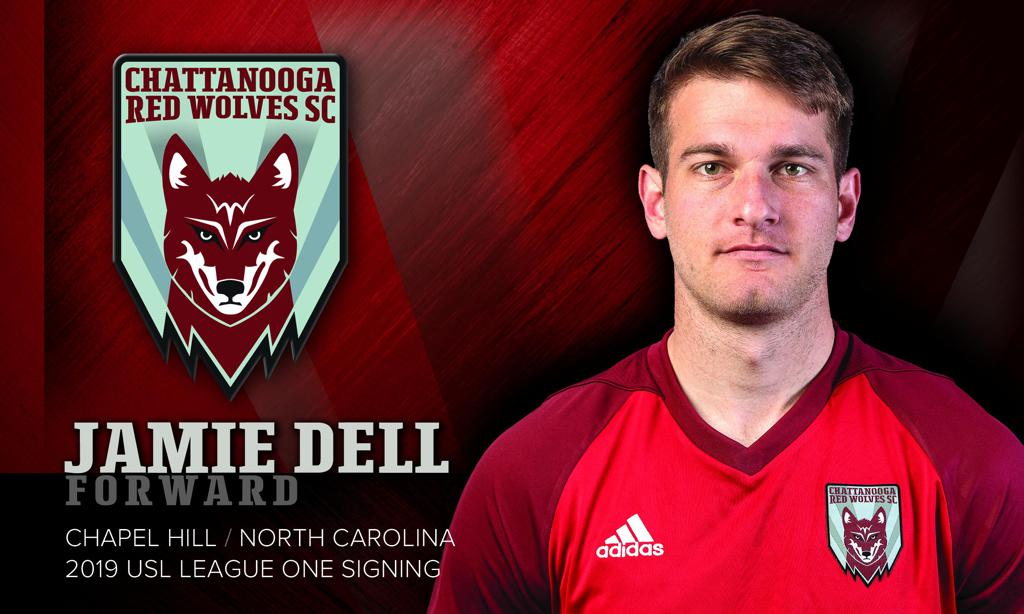 Chattanooga Red Wolves SC has signed Jamie Dell to its USL League One team. Dell will join the club for its inaugural season from Australia’s Seaford Rangers FC, pending league and federation approval.

“Jamie is a versatile midfielder who can play both centrally and out wide,” said Chattanooga Red Wolves SC Head Coach and Technical Director Tim Hankinson. “He’s an intelligent player who likes to get forward and has the ability to break down backlines with a good eye for distribution.”

The 25-year-old midfielder signed with Australia’s Seaford Rangers FC ahead of the 2018 season. He made 17 appearances, tallied five goals and helped lead the team to its first trip to the FFA Cup. Prior to his time in Australia, Dell rostered with Sweden’s IFK Kumla, making 21 appearances for the Division 3 team during the 2017 season.

“I’m grateful for the opportunity to join Chattanooga Red Wolves SC for the team’s inaugural season,” said Dell. “It’s an exciting feeling to join a new team in a new league, and I think we’re off to a great start. I’m looking forward to doing my part in making 2019 a historic year.”