Nikolaos Pettas has played for clubs in both Greece and the United States. Joining the team as a defensive back Pettas’ presence will command respect. Pettas fits well into Coach Obleda’s style of play and should be integrated into the team well. Recently coming from APS Zakynthos and has played for teams such as Almeyda FC, Houston Dutch Lions, and Atlanta SC. Pettas has been playing professional soccer for seven years overseas before starting his next chapter in the United States. While in Greece Pettas also played for Atromitos FC, Panachaiki FC.

In a recent discussion with Coach Obleda, he said, “Nikos will be a dominant player, and the opposing team will know when he is on the field. He is coming to us with a great deal of experience and is a high caliber player. I am excited to see how he contributes to the team as a whole.”

The club has carefully selected players who will aid the team in becoming champions in the 2020 season. Preseason will start February 3, 2020, and the club has increased its operational workload with the anticipation of preseason around being around the corner. All of those in the office are extremely excited for this historic season to be underway.

Founded in 2018, Chattanooga Red Wolves SC is a professional soccer club in Chattanooga, Tenn. The USL League One founding member is led by business executive Robert (Bob) Martino and President Sean McDaniel. The club is constructing a state-of-the-art 5,500-seat soccer-specific stadium in Chattanooga for the 2020 season. For more information, visit https://www.chattanoogaredwolves-sc.com/.

About USL League One 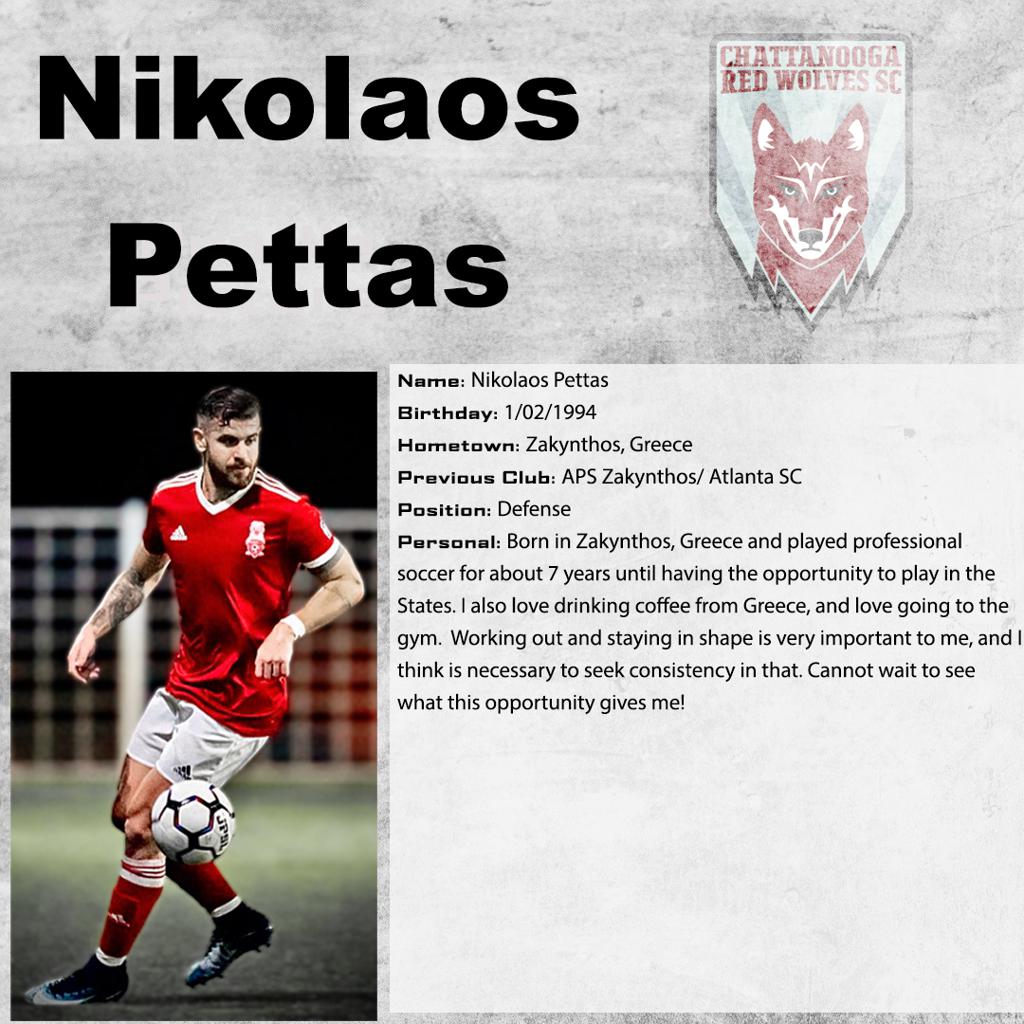