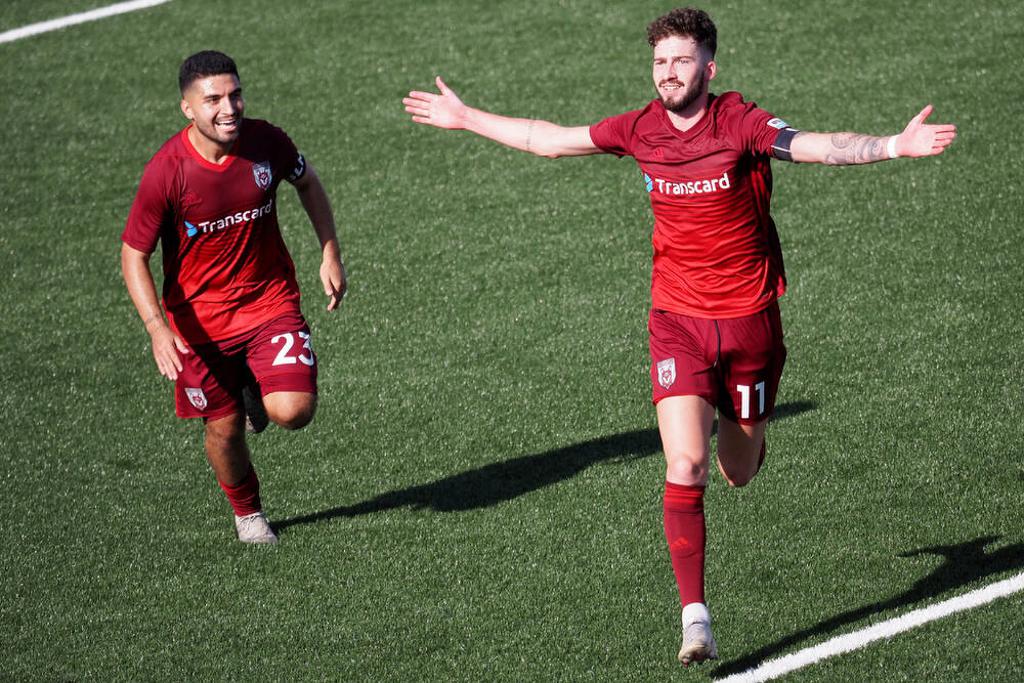 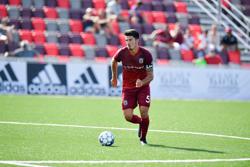 Leo Folla distributing a pass during an offensive transition.

The Chattanooga Red Wolves played in a physcial match up against FC Tucson during the historic CHI Memorial Stadium home opener. During the match, both Greg Hurst and Leo Folla were stand out players that have since been recognized by USL League One for their outstanding performance.

The Red Wolves solidified a 1-0 victory over the visiting FC Tucson with a goal scored by Greg Hurst while in a crowded 18-yard box. The ball was in the air, and Hurst was able to gain control and slot it inside the near post. The remaining thirty-five minutes consisted of hard-fought aerial duels and accurate passes to maintain control of the game. Leo Folla helped lead the defensive line in this endeavor and aided the team see out the win. To see them in their next matchup, tune into ESPN+ for our away game against Union Omaha at 9pm eastern time.

USL League One Team of the Week – Week 3

TAMPA, Fla. – USL League One announced the Team of the Week Presented by Cleer Audio for Week 3 of the 2020 regular season on Tuesday, with South Georgia Tormenta FC’s Nil Vinyals earning Player of the Week honors for his stellar performance against Orlando City B on Saturday night.

Vinyals recorded both goals in Tormenta FC’s 2-0 victory at Erk Russell Park as part of a tremendous all-around display that saw him also record two key passes, complete 42 of 45 passes overall and win 6 of 8 duels to lead South Georgia to its first victory of the season.

USL League One Team of the Week – Week 3

GK – Akira Fitzgerald, Richmond Kickers: The veteran shot-stopper recorded an eight-save shutout to earn the Kickers their first point of the season in a scoreless draw against South Georgia Tormenta FC on Tuesday night.

D: Diama Viader, Union Omaha: Viader won 10 of 14 duels, made five interceptions and won 3 of 4 tackles as Omaha posted a shutout in its inaugural home opener against North Texas SC at Werner Park.

F: Ethan Vanacore-Decker, Union Omaha: Vanacore-Decker had one assist and four key passes for Los Buhos as they claimed victory in their inaugural home opener at Werner Park against North Texas SC.

F: Greg Hurst, Chattanooga Red Wolves SC: Hurst scored the first goal in CHI Memorial Stadium to lead Chattanooga to victory in its first game at its permanent home, and made five recoveries while winning 3 of 4 aerial duels defensively.