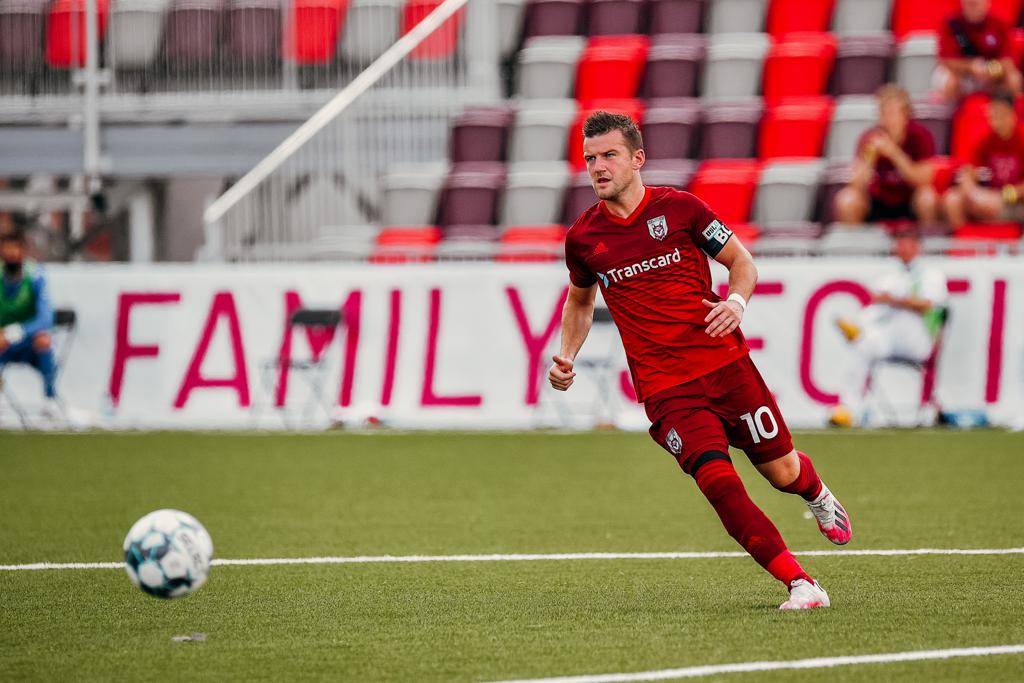 The Chattanooga Red Wolves are set to play their makeup match against #2 Union Omaha on Tuesday, after their original match scheduled for August 12th was canceled due to a lightning storm that swelled during warm ups. Omaha has made the trek back down to Chattanooga to try to defend their top two spot in the league standings, while Chattanooga will do everything they can to hand the unbeaten Union their first loss of the season. Chattanooga is in the middle of a tough stretch of games, as they are scheduled to play #2 Omaha on Tuesday, followed by the league leaders, Greenville Triumph, on Saturday. Chattanooga (4-3-2) has been climbing the standings with 15 points, now only trailing Union Omaha (4-0-4) by one point in the table.

The Red Wolves will be back at CHI Memorial Stadium on Tuesday for the 2nd time in four days, having just picked up a massive 2-1 win against the Richmond Kickers on Saturday in the Den. Kickoff is set for 12:00 PM EST, as both teams will be looking to battle for the top two spots in the league. This will be a gripping top-three matchup, as the league's highest-scoring offense in Chattanooga will face one of the best defenses in the league who have only conceded 6 goals so far this season. As Union Omaha was founded in 2019, they are currently in their debut season meaning that there is no history between the two sides, but the first League One matchup between the two teams on Tuesday will surely bring excitement and passion. Here are this week's three points to picking up the win in CHI Memorial Stadium on Tuesday.

As mentioned earlier, Union Omaha has only conceded 6 goals so far this season and have solidified themselves along with Greenville Triumph as one of the best defensive sides thus far in the 2020 season. With their draw against South Georgia Tormenta FC on Friday, Omaha made history and set the USL League One record for most games undefeated in a USL League One season. A key to the match is to not be intimidated by these headlines and to just settle in and play the same style soccer that the RedWolves have been, as they are in fantastic form. As Omaha has one of the best defenses in the league, it is important to remember that the Red Wolves have one of the best attacking teams in the league as they are the highest scoring side in the league, bagging 15 goals to date. Not only are Chattanooga Red Wolves the highest scoring team, but the goals are not all coming from just one or two players. The Red Wolves have plenty of attacking fire with a very diverse offense. While Greg Hurst and Marky Hernandez lead the Red Wolves offense, combining for 8 goals and 5 assists so far, many other players have been able to get themselves on the stats sheet as well. When Marky and Hurst were injured during the Ft. Lauderdale and New England matchup, the Red Wolves were able to hold their own every game with many other scoring options. The Red Wolves have had 7 separate players bag goals this season, and have proven to be extremely dangerous at creating chances and putting them away. The first point for the upcoming match is to break down the Omaha backline with all of the Red Wolves' offensive firepower and put them on the back foot early on in the match.

The first point for the upcoming match is to break down the Omaha backline with all of the Red Wolves' offensive firepower and put them on the back foot early on in the match.

As the Red Wolves have many standout players on the stats sheet, Union Omaha does not have any go-to goalscorers. They have a couple players such as Evan Conway and Ethan Vanacore-Decker who have two goals each, but they have a very disciplined side who moves the ball well. The Red Wolves have to stay focused and battle to keep from conceding goals. Even as Chattanooga is in excellent form, unbeaten in their last four matches while picking up three wins, they still have conceded goals during brief moments of losing focus or turnovers that have made the games closer than they had to be. The second point to victory on Tuesday is keeping focused and defending as a unit, while limiting turnovers in their own half. Chattanooga moved the ball extremely well this past weekend in the win over Richmond, and if they can play as they did this weekend they should be able to sit in a good position.

The second point to victory on Tuesday is keeping focused and defending as a unit, while limiting turnovers in their own half.

It is important for the Red Wolves to defend as a whole, but it is equally important for Alex Mangels to be a big-time shot-stopper during the match. Since Union Omaha has only conceded 7 goals for the season, the likelihood for the match to be low scoring is high. If the Red Wolves are only able to capitalize on a few chances, to increase their odds for victory, the third point is for them to not let any shots cross the goal line. While conceptually speaking, it may sound easy but there are many factors to accomplishing that objective. If the Red Wolves earn a hard-fought clean sheet, it will free up the offense to make the most of the difficult chances they will come across.

If the Red Wolves are only able to capitalize on a few chances, to increase their odds for victory, the third point is for them to not let any shots cross the goal line.

The Red Wolves need this win to bring them one step closer to the top spot in the league. The Red Wolves' destiny is in their own hands this week as they will have the opportunity to play the only two teams above them in the standings. The Red Wolves need to be the ones to make a statement to the league by extending their unbeaten streak to five games while handing the only remaining, record-breaking, team their first loss of the season. The Red Wolves cannot afford to lose both games this week and need to pick up at least one win out of the two games, but Coach Obleda will aim to pick up all 6 points and close the gap behind the league leaders, putting themselves in striking distance.

The match is set to kickoff at 12:00 PM EST on Tuesday, September 15th at CHI Memorial Stadium. Be sure to tune in on ESPN+, pick up your tickets at chattanoogaredwolves-sc.com or follow along on twitter @ChattRedWolves for live updates.