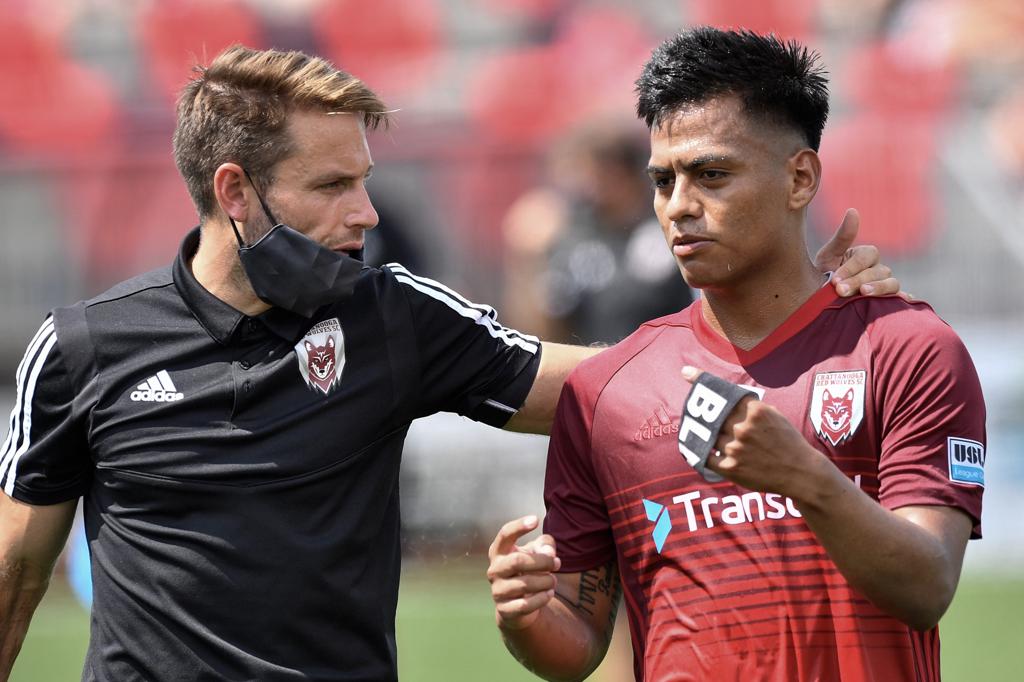 After a cancellation due to thunderstorms for the original match scheduled on August 12th, the Red Wolves will finally be able to make up their game against Union Omaha this Tuesday, September 15th. Kickoff is set for 12:00 PM EST at CHI Memorial Stadium, and will be a huge game between two of the top three teams in the league. Only one point separates the two sides in the table, as Chattanooga (4-3-2) have been climbing the standings with 15 points, while undefeated Union Omaha (4-0-4) will be defending their #2 ranking.

The Red Wolves are entering the match off of a big 2-1 victory over the Richmond Kickers, snapping a 6 game unbeaten streak for them. The Red Wolves took the home win in the dying moments of the game, when Steven Beattie, assisted by Marky Hernandez, scored the game winner in the final minute of stoppage time. The win moved Chattanooga into third place, within striking distance of the leagues top two spots. Tanner Dieterich scored his debut goal and the first goal for the Red Wolves, rifling one past the keeper off of the assist from Marky, only seconds after Marky subbed on. Hernandez entered the match late in the second half and was a game changer, assisting both goals leading to the Red Wolves win. This matchup will be a face off between two teams who both are contenders for the league title, both of whom are entering the match with unbeaten streaks. The Red Wolves have not lost in their last four games, picking up 3 wins and a draw. Union Omaha is off to the best ever start in USL League One history, setting a record for the amount of games starting a season without a loss at 8 matches.

Union Omaha comes into the match after a close call against South Georgia Tormenta FC on Friday night. After going down 2-0 in only 25 minutes, Omaha was able to rally and score two unanswered goals to pull out a draw and walk away with a point. The goal that earned the draw came late in the game in the 80th minute. It was an absolute rocket from deep outside the box scored by Ferrety Sousa to salvage a point and keep the undefeated streak alive. The Red Wolves will be back at CHI Memorial Stadium on Tuesday for the 2nd time in four days after the weekends win. This game is a must watch, as Chattanooga, the league's highest scoring offense, will face Omaha, one of the best defenses in the league who have only conceded 6 goals so far this season. Union Omaha was founded in 2019, and because this is their debut season in League One, this will be the first official league match up between the sides. There is no history between the two teams, and both sides will want to open up their record over the other with a victory.

The match is set to kickoff at 12:00 PM EST on Tuesday, September 15th at CHI Memorial Stadium. Be sure to tune in on ESPN+, pick up your tickets at chattanoogaredwolves-sc.com or follow along on twitter @ChattRedWolves for live updates.