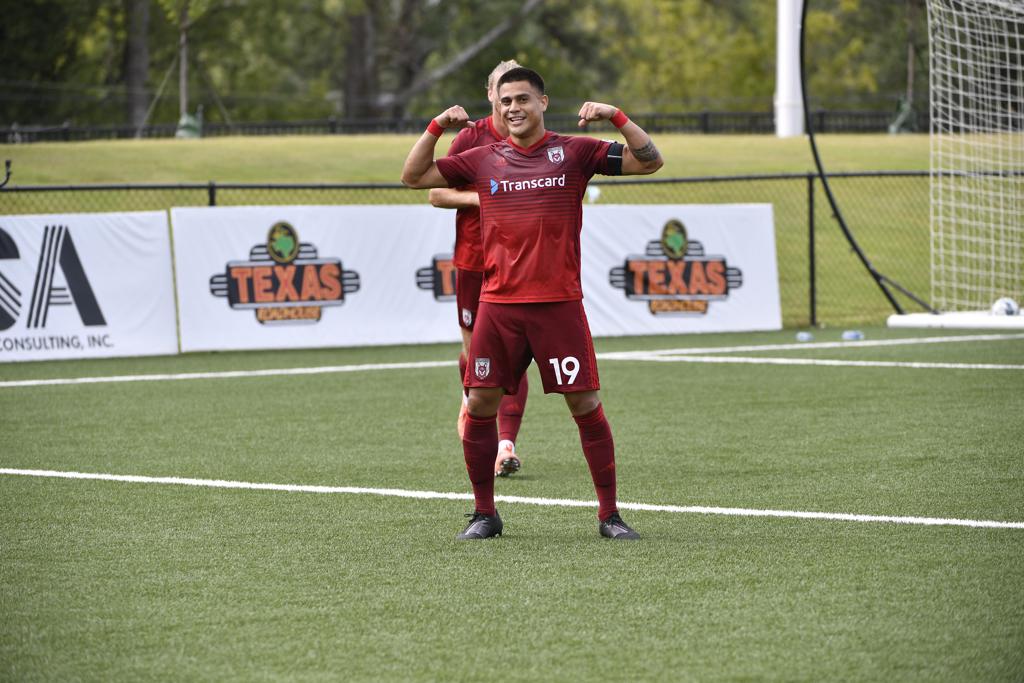 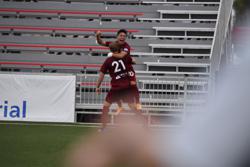 The Chattanooga Red Wolves found victory yet again on Tuesday in CHI Memorial Stadium over the previously undefeated Union Omaha in a 2-0 win. The win snaps a USL League One record set by Omaha of longest unbeaten streak, with 8 games. From the opening kickoff, it was obvious that this would be a passionate, fast paced, and physical matchup, with the second place spot in the league on the line. Chattanooga was up for the challenge however, and took care of business earning a shut out, and scoring two goals to walk away with all three points. The win moves Chattanooga into second place in the table with 18 points, trailing the league leaders by only 4 points. The Red Wolves are in excellent form and have now extended their unbeaten streak to 5 games, picking up wins in 4 of them.

Immediately from the opening whistle, Union Omaha came out in a high press in an attempt to force Chattanooga to turn the ball over in their own half. Throughout the first half, Omaha pressed heavily, but the Red Wolves were unfazed working the ball around them and possessing out of pressure with ease. In the midfield, Ualefi Rodrigues, Conor Doyle, Josue Soto, and Tanner Dieterich all had exceptional performances, as they continued to break Omaha's press again and again with composure and quickness. As expected, Omaha’s backline was very talented and were able to prevent Chattanooga from creating any real chances until the 18th minute when the Red Wolves were able to break through and open the scoring tab. The goal came when Ualefi collected the ball at midfield and played a curling through ball over the back line to Ricardo Zacarias, who was barreling towards the goal. Zacarias was able to bring the ball down out of the air with an impressive first touch and beat the defenders with pace before slotting the ball near post past the keeper with an outside of the foot finish. His composure with defenders on his heels resulted in his second goal of the season, as the Red Wolves were able to capitalize on their first real chance on goal.

The Red Wolves were able to hold off Omaha going into halftime with a one goal advantage, but not without a scare. The best chance of the game for Omaha came towards the end of the half when the Union were able to break through and find an open man on the back post. Decker, the Omaha winger collected the ball with only Chattanooga keeper Alex Mangels to beat, but Mangels was not about to let that happen. Mangels came off of his line and came up big making an incredible save to deny Omaha the opportunity to draw level. A moment of chaos soon followed as the save led to another cross into the box, finding the head of another Omaha player that struck the crossbar. The Red Wolves were then able to clear the box and the halftime whistle blew.

After a first half that showcased excellent passing and ball movement from the Red Wolves and very little solid scoring chances for either side, the players took the field and play resumed as the second half began. The second half saw more chances for both sides right off the bat, as Chattanooga center back Jason Ramos tested the keeper off of a corner kick one minute into the half. In the 52nd minute, Marky Hernandez made his much-anticipated appearance subbing on for Ronaldo Pineda. In no time he was up to his usual routine, gliding by defenders with ease and drawing attention which opened up other options. In the 63rd minute, Conor Doyle collected the ball under pressure and made an incredible play to get the ball to Zacarias, who then found Marky on the wing. Marky carried the ball until playing it across to Tanner Dieterich who was streaking alone in the box. Tanner hit a one time finish far post past the outstretched keeper to bag his second goal of the season in back to back games and to seal the game for Chattanooga, putting them up 2-0. With plenty of time left in the game against a dangerous side, the Red Wolves remained composed and found a way to close it out in a physical battle that contained 23 fouls, many of which were crunching late tackles from the Omaha side.

Chattanooga was very pleased with their performance in Tuesday's match, including goalscorer Ricardo Zacarias, who said, “This game was huge for us. This is our third win in a row and for us, it's a great win on our home field. Every game we have played here we have been the better team, and early in the season we didn't get the results we wanted but now we are getting the results and we will keep going.” Tanner Dieterich was also thrilled to pick up the win and score in his second consecutive match. He gave a lot of credit to the defense for the shut out and for their efforts throughout the match, commending Ricketts, Ramos, Ruiz, and Folla for excellent performances. On scoring his second professional goal, Tanner told reporters, “It's just one of those things where when Marky Hernandez gets the ball, you just have to find open space and you will probably get the goal. Marky gets a lot of attention so when you find open space, he will get you the ball.” He then added, “The whole group is coming together and finding our identity and winning games. A ton of guys are stepping up right now. We have 7 separate goalscorers here and that's so important when we have so many games in a short time. Having so many poses a challenge for other teams, when you have so many different goalscorers, teams know this is a quality side. We know we can rely on guys and different moments.” Coach Obleda was also thrilled with his side's efforts, but now has his eyes set on Saturday, saying, “We have one more game in the tank then we have a couple days off. We are gonna find a way to keep going and do what we are doing.” Chattanooga was the better team today and the scoreline reflected it.

The next match is at home once again in CHI Memorial Stadium and will be facing the number one seeded team Greenville Triumph. This will be their second matchup, but despite losing to GVL on the road 1-0, the Red Wolves are currently red-hot. Greenville will need to prepare well for this diverse attacking squad and solid defensive line. Every game counts during the abbreviated season, but the one this weekend stands out among the rest. The Red Wolves have had a tough spout of games, playing both the number three and number two within the last seven calendar days. Their motto lately has been to “find a way”, and will look to do just that this weekend. Tickets for this Saturday the 19th are almost sold out to make sure you secure yours before it is too late! Click the link below to get yours. If you are unable to attend make sure to tune into ESPN+ for all the action.

Click here to get your tickets to CHA v GVL 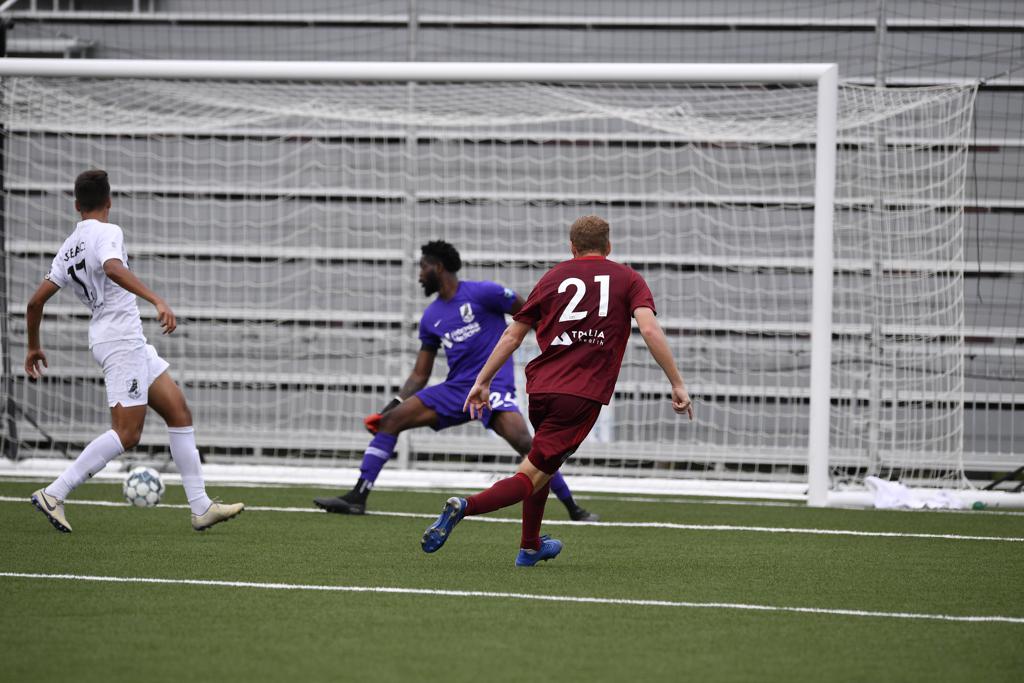