Greenville holds off Chattanooga with a second half strike 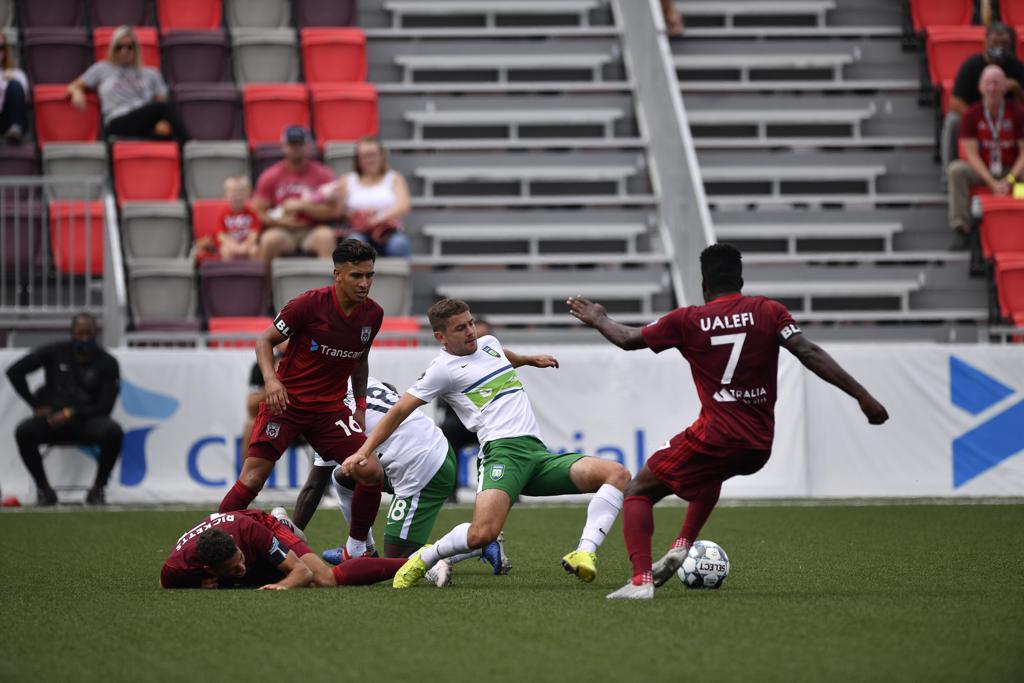 A second half goal and a strong defensive performance was enough to edge out the Chattanooga Red Wolves in a hard fought, top two clash at CHI Memorial Stadium on Saturday afternoon. The win extends Greenvilles lead at the top of the table over the Red Wolves, and gives Union Omaha the opportunity to take back second place from Chattanooga. The season might be shorter, but there has been no lack in drama with the rankings. The race to be in the top two has become increasingly heated as the season progresses.

Immediately from the opening whistle, the game was fast paced as the equally matched teams battled for every ball and high pressed. Only minutes into the match, both keepers were tested with shots from outside the box. The passion throughout the game was evident as it was very physical, with players all over the ground throughout the match, which contained 33 fouls and 7 yellow cards. In the first half, Chattanooga held the majority of possession, but neither team was able to create and solid chances on goal until the last minute of the half, when substitute Marky Hernandez was able to beat his defender with his first touches of the game, before sending the ball across the goal with a chip to the head of Ricardo Zacarias, who missed just wide.

The second half was very similar to the first in the sense that neither team could create any good looks on the goal, until the 60th minute when Steven Beattie subbed into the game. Beattie brought with them a ton of energy and lifted his team, and Chattanooga started to create many chances and pound the Greenville goal. Marky Hernandez, Greg Hurst, and Steven Beattie were all able to keep the momentum high and continue to press for a goal, as Chattanooga seemed to spend the whole half on the attacking foot. The Greenville backline made no mistake however, and did not concede to the constantly oncoming attack of the Red Wolves. In the 83rd minute however, Noah Pilato of the Triumph was able to collect the ball and hammer it into the roof of the net past Chattanooga keeper against the run of play, to take the late lead. Despite incredible defensive efforts late in the game by Leo Folla and Jason Ramos, who made big stops on counter attacks to keep the Red Wolves in the contest, the goal by Pilato was enough to separate the sides. The Red Wolves continued to get forward and create chances until the final whistle, but they were not able to convert.

The Red Wolves played 5 games in a 14 day stretch, collecting 10 of the possible 15 points, and they will be looking to get back on track after a break this week until they play next Saturday. After the match Coach Obleda commended Greenville, saying, “We had numerous opportunities today. They are in first place because they are very good at what they do. They score one goal and then they defend the rest of the game. We just have to shake it off ,we are better when our backs are against the wall. We are gonna be okay. We are gonna keep on moving. You're gonna be surprised, this team has a lot of fight in them.”

After Saturday's game in front of an electrifying crowd, the Red Wolves will have the week off until they take on Forward Madison on the road. Tune into ESPN+ next weekend to keep up with the action.