3 points for the Weekend: Forward Madison 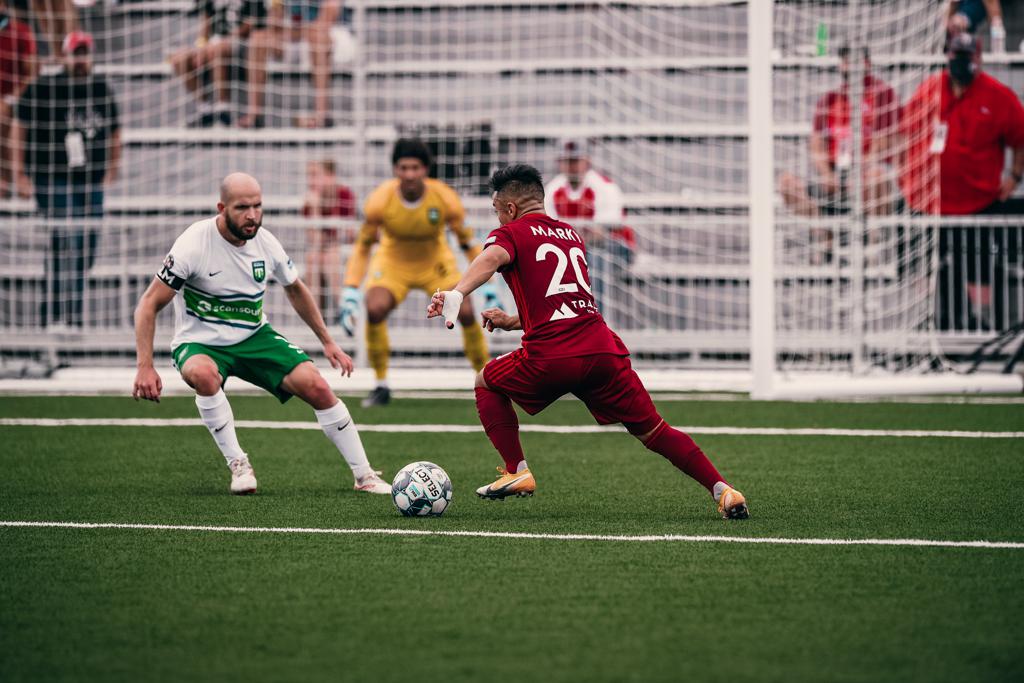 After the much needed week off for recovery after a tough stretch of games, the #2 Chattanooga Red Wolves will be back in action on the road this Saturday, September 26th at 2:00 PM EST against #7 Forward Madison FC. The Chattanooga Red Wolves saw their 5 game winning streak come to an end last Saturday at CHI Memorial Stadium, when the league leaders, Greenville Triumph, edged out the Red Wolves 1-0 with a second half goal. The late game-winner threatened to drop Chattanooga out of the top two playoff spots, as it gave Union Omaha the opportunity to take back the #2 spot if they could pick up a win. Victory eluded them however, and the Omaha loss to New England allowed Chattanooga (5-3-3) to retain their second place ranking going into this weekend's matchup.

Forward Madison (3-4-2) have dropped each of their last two contests, and will be looking to turn things around on Saturday when they host the Red Wolves. They will enter this weekend's matchup after being shut out in a 2-0 loss to Greenville Triumph on their own turf last Sunday, followed by a 2-1 loss to FC Tucson on Wednesday. With this week's results, the mid-table Forward Madison, find themselves in danger of dropping to the bottom half of the standings, as they desperately need a win if they want any hope of contending for the two postseason spots. Here are this weekend's 3 points to picking up a win in the match for the Red Wolves.

First and foremost, the Red Wolves have to take advantage of a frustrated Forward Madison defense and put away their opportunities. With their recent form, Chattanooga has been lighting up every team they have faced offensively, but against Greenville last week they were not able to capitalize on any of the chances they were able to create. Forward Madison has put on strong defensive showings all season long, proving themselves to be a hard team to score on. They have recorded 3 clean sheets, and have only conceded 9 goals in the 2020 season, the second least in the league behind Greenville. As earlier mentioned however, they struggled last week, dropping two matches in a row and conceding 4 of their season long 9 goals in just their last two matches. They will be frustrated with recent performances, and they will be shaking at the idea of facing Chattanooga's attacking arsenal this weekend in their current form. The Red Wolves have to put away chances early and crush hopes of Forward Madison getting back on track.

Secondly, the Red Wolves will need to put on a strong defensive showing while keeping an eye out for Forward Madison attacker, Wojciech Wojcik. Forward Madison does not have a big name, go-to goalscorer that their offense is built around, but Wojcik has proven himself to be a strong piece to the Forward Madison attack, tallying three goals so far this season and a couple assists. Chattanooga put on a good defensive showing last time out in their home match last weekend, but losing focus for just a couple minutes proved costly, and Greenville was able to make them pay. Chattanooga will want to pick up another shutout in their away matchup this week, to take with them into their next home match. This will start with communication coming from Alex Mangels and carrying over to the potential center back duo Jason Ramos and Leo Folla.

Lastly, a significant key to winning this weekend will come off of the Red Wolves bench. It is no secret that the Red Wolves have depth in their attack, as we saw when they picked up three wins in a row when multiple players stepped up to score such as Dieterich, Ramos, Ualefi, Zacarias, Pineda, Beattie, and others while both of Chattanooga's top scorers were absent due to injury. But now, Marky Hernandez and Greg Hurst are going to be available, and much closer to match fit. They have both seen the field since picking up injuries, but it was evident that they were not fully ready to put in 90 minutes. After a long week off, both offensive masterminds will be ready to put in more minutes, if Coach Obleda decides they are ready. It will also be important for Chattanooga to adjust to a new look in the midfield, after attacking mid Ualefi Rodrigues suffered an injury in Saturday's home match and will not be available to play. It will be interesting to see what Coach Obleda has in store for how he will set up his squad on Saturday, so be sure not to miss out on the action. Keep up with the match by tuning in to ESPN+, or follow along on twitter @chattredwolves for live updates.