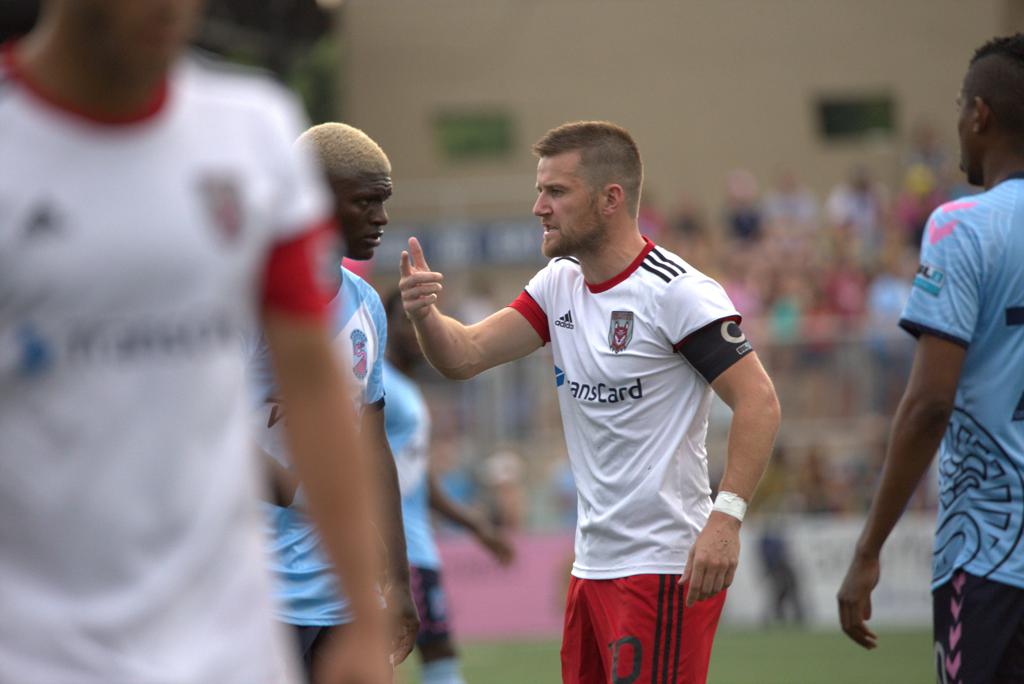 The #2 Chattanooga Red Wolves are set to travel to Wisconsin to take on #7 Forward Madison FC on the road this Saturday at 2:00 PM EST. The game is a must-win for both sides, as the battle for the top two spots in USL League One is coming down to the wire. The pressure is on for both sides, and there is no room for error. The Chattanooga Red Wolves (5-3-3) currently hold down second place with 18 points going into this match, while Forward Madison FC (3-4-3) sits mid-table with 11 points. However, Forward Madison has 2 games in hand on the Red Wolves, and a win could help them narrow the gap to only 4 points with four upcoming matches on their home turf. Chattanooga has also played two games more than the Richmond Kickers, who are hot on their heels only trailing the Red Wolves by one point. Union Omaha also threatens Chattanooga, as a loss to Forward Madison would also provide them with the opportunity to climb back above Chattanooga in the standings. Needless to say, this is a crucial matchup for the Red Wolves, and they will be looking to take care of business on Saturday night.

The two sides have yet to meet so far in the 2020 season, and they will each want to start off their record against each other with a win. Forward Madison FC and the Chattanooga Red Wolves met three times in 2019, and every contest was tightly contested and evenly matched. The Red Wolves defeated Madison in their second ever game as an organization back in April, in a 1-0 win at David Stanton Field, the former temporary home of the Red Wolves. The next two matchups would both end in draws, with a 2-2 draw in Chattanooga, followed by a 1-1 draw on the road. Forward Madison ended the season in 4th place with 43 points, barely edging out the Red Wolves who finished 5th with 40 points.

Both Forward Madison and the Chattanooga Red Wolves are entering this weekend's match after losing their last game, but Chattanooga will be well-rested after having the week off to recover and focus on Madison. The Chattanooga Red Wolves saw their 5 game winning streak come to an end last Saturday at CHI Memorial Stadium, when the league leaders, Greenville Triumph, defeated the Red Wolves 1-0 with a second half goal. Before the loss however, the Red Wolves were able to pick up 10 points in 5 matches, including wins over the previous #2 and #3 teams. Forward Madison has dropped two matches in a row, as they will enter this weekend's matchup after being shut out in a 2-0 loss to Greenville Triumph on their own turf last Sunday, followed by a 2-1 loss to FC Tucson on Wednesday. These recent results will make Forward Madison desperate for a win, if they want any hope of competing for a post season spot.

Kickoff is set for 2:00 PM EST on Saturday, September 26th. Make sure to catch all of the action by tuning in to ESPN+ to watch live, or follow along on twitter for live updates @chattredwolves.