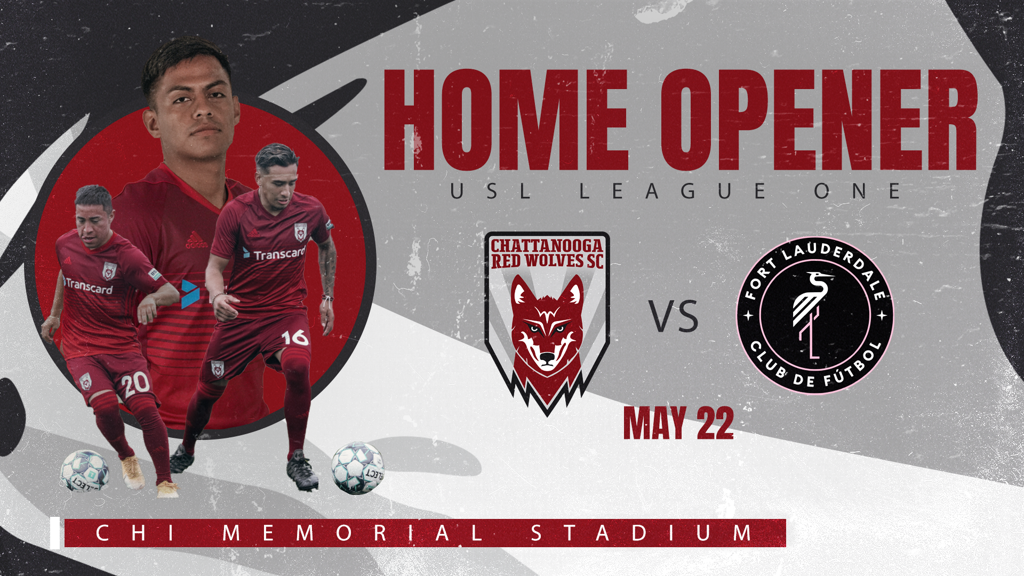 CHATTANOOGA, Tn. (Mar. 16, 2021) - This Tuesday afternoon, the Red Wolves announced their 2021 Home Opener will be held on May 22nd against Fort Lauderdale CF.  The announcement is made alongside the rest of USL League One’s home openers for the league’s 2021 season.

The Red Wolves will be taking on David Beckham’s Fort Lauderdale CF at CHI Memorial Stadium for the first time ever..

“Now that we have a confirmed date to open up CHI Memorial Stadium our hopes for a successful soccer season have been rejuvenated,” says McDaniel. “We’ve put together a very strong roster this offseason and I can’t wait to see them take the pitch in front of our fans at CHI Memorial Stadium.”

The USL League One regular season will feature a rolling start and will kick off on Saturday, April 10, making it the first professional men’s league in the United States to begin its new regular-season campaign. Every game of the 2021 League One season will air on ESPN+, with a complete 28-game schedule to be announced in the coming weeks.