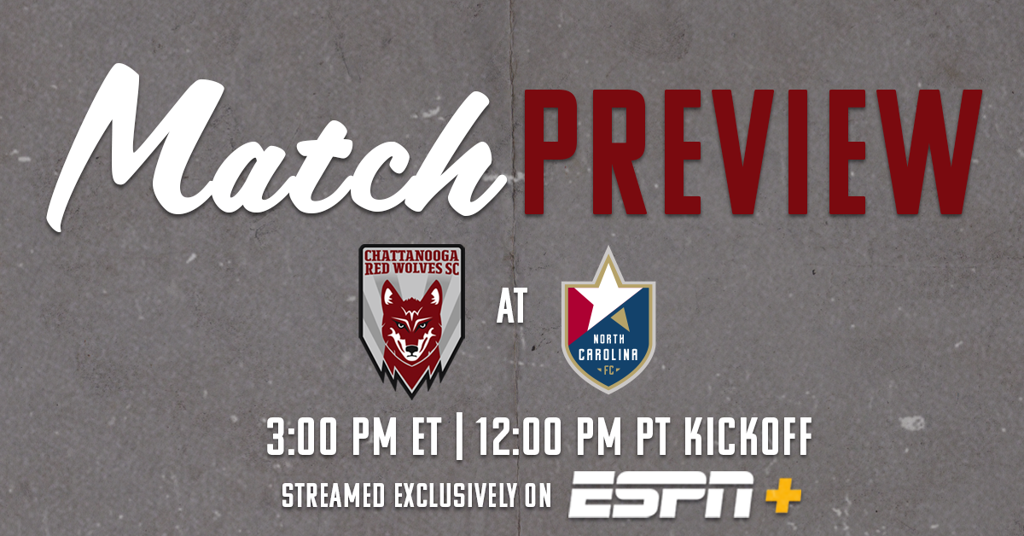 1. Red Wolves Look to Move One Step Closer to First Round Playoff Bye

The Red Wolves have been consistently in the top two of the USL League One standings so far in the 2021 campaign. With the top two clubs in the league securing a first round bye and home field advantage in the second round, the run in has become incredibly important for Obleda’s side who currently sit five points above Greenville in third place.

The last match out in Richmond saw the Red Wolves dominate the match, holding 65% of possession at City Stadium against the Kickers. In addition, they created 15 chances in the game and were more accurate passers by an outstanding 18%. However, an unfortunate rebounded effort from Terzaghi after a great Trilk save would put the Kickers up 1-0 against the run of play in the 52nd minute.

The Red Wolves would dominate the rest of the way as well but were reduced to ten men in the 85th minute. A hard-fought contest would result in a 1-0 loss for the Red Wolves who deserved a result. Now the side needs a result against North Carolina FC on the road to tighten their grip on second place, who they have beaten 7-2 over the last two contests between the sides.

2. North Carolina FC Looking to End the Season on a High Note

John Bradford and company will be looking to end a poor season strongly with 5 games remaining, the first of which is a fourth match of the campaign against the Red Wolves. Having lost all 3 matches prior, North Carolina will be looking for a landmark win heading into a tough end of season fixture list that includes: Union Omaha, Greenville, and FC Tucson.

Last time out for North Carolina was a trip to Canada to take on Toronto FC II at the BMO Training Ground, where a late flurry of 3 goals in 8 minutes in the second half sunk a resolute and determined backline who sustained pressure most of the match. Bradford’s men will look to show more firepower in the final third against the Red Wolves, having registered 0 shots on target and being outshot 21-6.

3. What to Watch for and What to Expect

Tim Trilk, who has had a great season for the Red Wolves, will line up across the pitch from goalkeeper Jake McGuire for North Carolina FC. McGuire sits 4th in the league having saved 51 shots, while the goalkeepers have combined for 9 clean sheets so far in the campaign.

Both sides have men in the running for highest goal contributions in the league as well, In Ricky Ruiz’s 12 on the season and Charlie Dennis collecting 13. As a team, North Carolina has struggled defensively, conceding 41 goals in 23 games leaving them with the worst goal difference in the league. The Red Wolves can move eight points clear of Greenville with 3 games to spare with a win, putting them one step closer to a first round bye in the USL League One playoffs.

The action kicks off at 3 PM EST on Saturday, October 9th at WakeMed Soccer Park, as your Chattanooga Red Wolves clash with North Carolina FC.